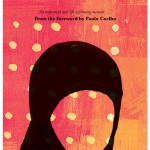 The Gaze of the Gazelle (English) 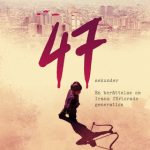 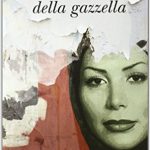 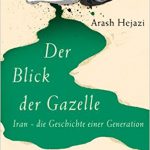 ‘When I decided to abandon my medical career, I could never have imagined that one day, if someone Googled the two words ‘Iran’ and ‘Doctor’ my name would appear among the top ten search results. And not because I was a good doctor, but because I had just failed to save the life of a young girl bleeding to death in the street.’

So begins–or maybe concludes–the chain of events that were to change the life of a young Iranian doctor, writer and publisher forever. On 20 June 2009, during demonstrations to protest the fraudulent Iranian presidential election, a young girl called Neda was shot to death in the streets of Tehran. Within hours, the video footage of Neda’s death, fortuitously captured on a roving camera-phone, had circled the globe. Outside the country, the incident was a nine-day wonder; in Iran it changed the course of politics for a new generation.

It was also the moment of choice for the young doctor who had tried and failed to save her. Within days he had left Iran to tell the world the story the government was denying: Neda had died at the hands of the pro-government militia. After this, any chance of returning home was gone; Arash Hejazi, author and publisher himself became a target.

But as Paulo Coelho, author of The Alchemist, writes in the introduction to his friend’s book: ‘Arash’s story is not summarised in that moment; now he has to tell the story of that generation.’ The Gaze of the Gazelle is that story: The memoirs and autobiography of Arash Hejazi on one hand, and the biography of the generation that was raised under the Islamic Republic of Iran on the other.

In a tale that mingles politics and the personal, mythology and history, he tries to answer the question ‘How did it come to this?’ His quest for an answer tells the story of the years since the Iranian Revolution brought Ayatollah Khomeini back from exile to drive the Shah from his peacock throne and set up the Islamic Republic of Iran.

Against the background of Saddam Hussein’s invasion of Iran and the prolonged and dirty war that followed, the author of this autobiography skilfully interweaves his own story and that of his family and friends with the machinations of mullahs and the manoeuvres of politicians who seek to control their lives. The joy of revolution turns to the sorrow of loss: of friends and family at the front and in the prisons of the regime, of hope in the future. And of the determination of a new generation to recover that hope in the name of Neda, who gave her life in pursuit of a freer and better world.

This ‘important and life-affirming memoir,’ as Paulo Coelho says, is a must read for all who share that dream and seek to discover a country beyond the headlines and the hysteria that surrounds the Iranian bomb.

The Gaze of the Gazelle has been released in English, German, Swedish and Italian.