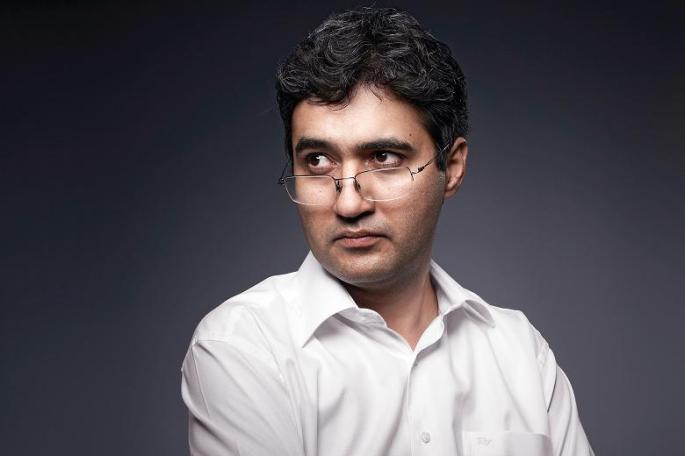 Arash Hejazi is an Iranian editor, novel writer and journalist. Born in 1971, Tehran, Iran, son of a university professor and a teacher, he graduated from medical school in 1996 and in 1997, co-founded an independent publishing house named Caravan Books in Tehran, where he was a senior editor and is the editorial director now. He has also been the editor in chief of two literary and cultural magazines; Kamyaab (2000–2003) and BookFiesta (2003–2008). The later was closed down by the Ministry of Culture and Islamic Guidance of Iran in 2008, as a result of publishing a short story by the Italian writer Primo Levi. He is a member of Tehran Union of Publishers and Booksellers (TUPB) and was the managing editor of its journal, Sanat-e-Nashr (Publishing Industry), from 2006 to 2007. He was one of the nominees to receive the Freedom to Publish Prize held by International Publishers’ Association (IPA) in 2006.

He is also a novel writer, whose most known novel The Princess of the Land of Eternity (2003) was shortlisted for two major Iranian literary prizes and has sold more than 20,000 copies in Iran since its first publication in 2003.

In 2009, in the post-election protests in Iran he witnessed the shooting of a young girl called Neda Agha Soltan in the street and tried to help her, and then bore witness to the circumstances of her death in an interview with BBC.  An event that has turned his life upside-down, but he feels no regrets.

His memoirs, The Gaze of the Gazelle, was published in English worldwide in March 2011, by Seagull Books.